A SELECTION OF MY EARLY ARTISTS BOOKS FROM THE 1990'S

Stone carvers strive to give the illusion that the  classical Roman letters are raised above the surface rather than lying below it.  This inspired the idea of using the letters in a combination of cutting and hand embossing to create visual interest, a play of light and shadow and to accentuate the form.
Watercolour paper was painted with diluted Sumi ink to suggest a subtle marble effect.
Each letter of the alphabet was linked to a Latin work which has a derivative in current English. 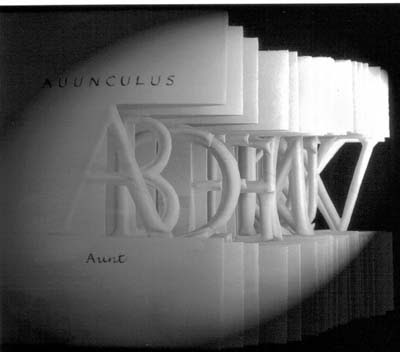 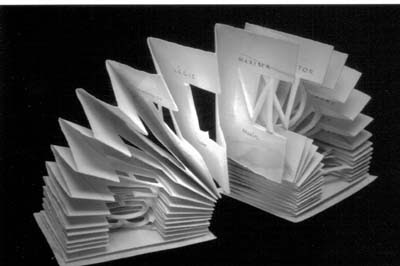 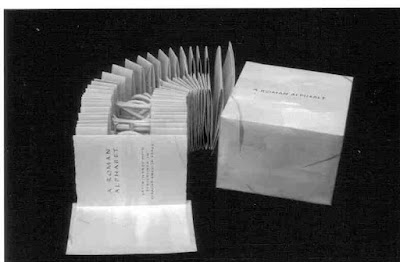 In the Beginning Far Off in the Dreamtime 1993
Icosahedron of calfskin vellum, gouache and gold leaf,
Japanese paper box with collapsible sides.
12 x 12 x 12 cm.
Held in the Collection of the State Library of Qld, Brisbane

This book addresses belief systems, spirituality, Aboriginal/Australian cultural issues and reconciliation.  The form of the book is an icosahedron, a crystal shape created in nature.
Excerpts from two creation texts have been used - In the Beginning from Genesis in the bible and Far Off in the Dreamtime tels the story of The Rainbow Serpent.  The texts are juxtaposed resulting in  intertextuality and meaning. 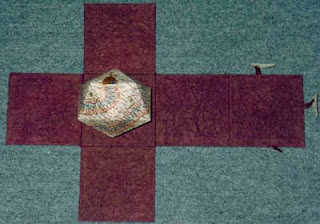 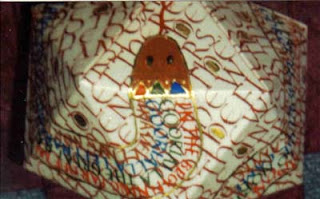 Calligraphic book about the Australians at Gallipoli juxtaposes three texts. 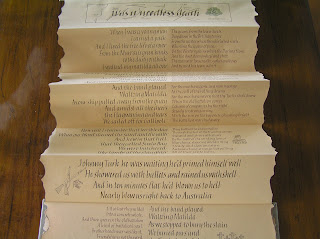 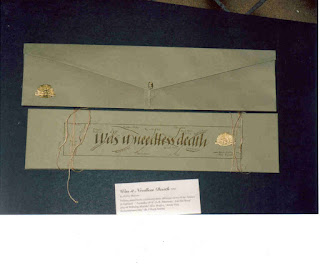 Poem by Stephane Mallarme written in 1885.  The left hand  side carried the French text and the right side the English translation,  The heavy roughly textured torn paper has the appearance of a snowy landscape in keeping with the imagery of the poem about a swan whose wings are trapped in the ice and snow and the choice to struggle and creak free or stay trapped and die.  Seen as a metaphor for artistic inspiration and the struggle to achieve excellence and not give in to mediocrity. 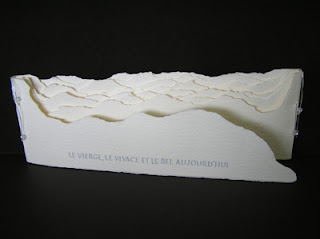 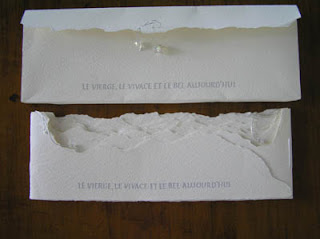 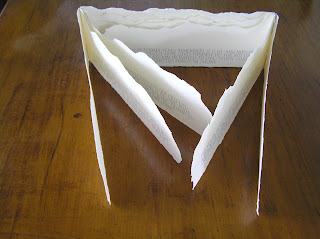 Fragments of found images of medieval women and calligraphy from medieval manuscripts are juxtaposed with found contemporary newspaper and magazine texts. 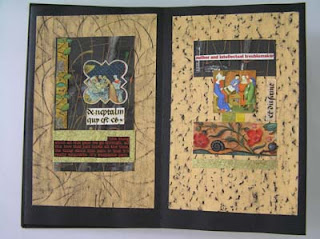 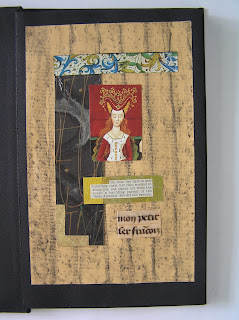 How the Sun was made 1995
Quarter circle book with circular folded pages
Canson and Japanese papers, gouache
8 x 8 cm.

Calligraphic book relating the Aboriginal legend with text written around the page in a circle.

As I walk through the Valley of the Shadow of Death 1996
Concertina book with reversed text strip
Calfskin vellum, vellum cover, ink drawing, ribbon
10 x 6 cm.

Interpretations of the four seasons. 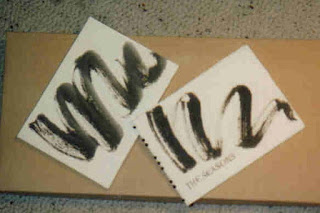 Each of the 24 pages of the advent calendar contains opening doors with an underlying pop-up, pull tab or fold out image, drawings, mini concertina books and collages. 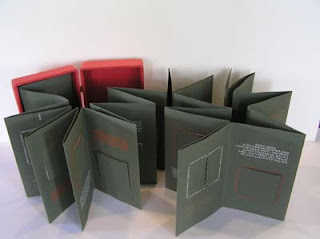 A Book is like a Garden in the Pocket 1997
Fold out book
Calfskin vellum pages mounted on card with Japanese paper,
ink and gouache drawings, ribbon, paper box.
12 x 12 cm. 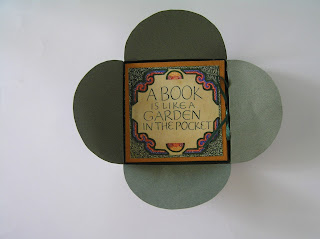 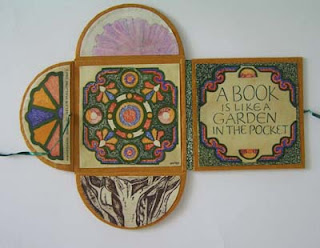 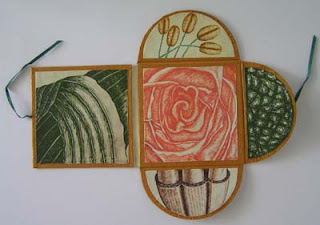 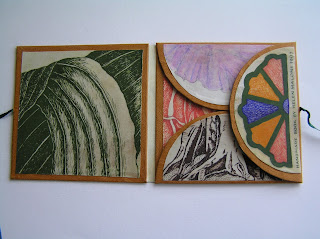 Carpe Diem combine with Life is what happens to you when you're busy making other plans
by John Lennon. 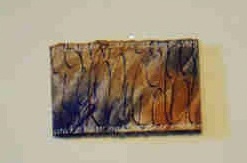 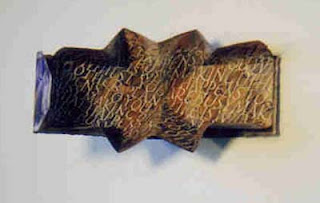 Helen M
I am an artist working predominantly with artists books, book sculptures and bookbinding in Brisbane Australia.

Link to my blog. This is where I post info about my books and how I make them,